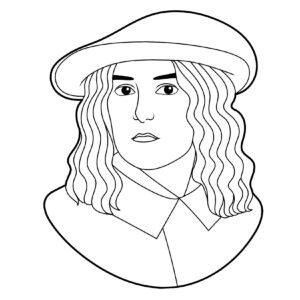 Octavie Renard-Coudreau was a French explorer, mapmaker, and author known for her work in South America. She started by working with her husband, Henri Coudreau. After his untimely death she continued and led the expedition they started together and then led five expeditions herself in the Amazon region of the Brazilian states of Pará and Amazonas. She is considered a pioneer in the investigation of the tropical Amazon region.

Renard-Coudreau was born in 1867 in Anais, France. Her exploration started in the late nineteenth century. Henri, who was an employee of the French government and was given the task of investigating Pará and the Amazons’ Brazilian states. Between 1885 and 1889, Henri conducted a total of seven expeditions. He died during his last expedition of malaria on the shores of the Portera River, Brazil on November 10, 1899. Renard-Coudreau details the event in her book ” Voyage Au Trombetas” (“Trip to Trombetas “). After the tragedy, Renard-Coudreau continued their research for the next seven years. Renard-Coudreau, also known as “Madame,” led five expeditions from 1900 to 1906. She recorded her research in illustrated books.

From 1899 to 1906, Renard-Coudreau worked for the French government. Her primary task was to explore the territories for resource porting. She was also tasked with evaluating the area for potential agricultural development. On her expeditions she was accompanied by between six and eight Brazilians who mostly functioned as guides and translators. An essential aspect of the expeditions led by Renard-Couderau was her acquaintance with the domicile tribes inhabiting the area. Over time, she stressed that it was crucial to protect local tribes from enslavement. She developed a high degree of empathy towards the people who inhabited the area.