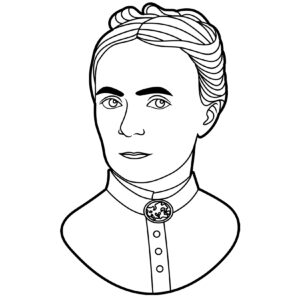 Fanny Jane Butler was in the first class of women at the London School of Medicine. She was one of the first female doctors to travel to India and spent seven years there opening medical dispensaries where no medical facilities had previously existed. Butler provided essential medical care for Indian women, for whom little care had been available. She initiated the building of the John Bishop Memorial Hospital, which was completed after her death and was the first hospital in Srinagar, India. Today the John Bishop Memorial Hospital is located in Anantnag, Kashmir and provides care to over 100 expectant mothers a day and delivers between 25 and 50 babies each day.

Butler was born on October 5, 1850, in Chelsea, London. She received an informal education from her brothers, and then attended West London College at age 15 for a year. In 1872 she traveled to Birmingham to take care of her sister. Here, she came across an article from a Scottish medical missionary asking for female doctors to travel to India. In some areas, female doctors were crucial since some women were not comfortable receiving care from men due to cultural restrictions. In 1874, she was accepted into the Indian Female Normal School and Instruction Society, a non-denominational missionary group. Later that year, she was accepted into the first class at the London School of Medicine for Women. Butler received the prize for pathology in 1879 and the prize for anatomy in 1880. By 1880, she was ready to travel to India.

Upon her arrival in India, Butler briefly stayed in Jabalpur, Madhya Pradesh until she moved to Bhagalpur, Bihar where she ran and opened the region’s first two medical dispensaries for four years. Here, she provided medicine and care to women, and performed lifesaving surgeries that were previously unavailable to the women she cared for. She believed in a “double cure” in which she treated her patients both physically and spiritually.

In 1887, Butler returned home for 11 months and then took a position in Kashmir, where she and her staff treated thousands of patients within the first months of her arrival. While in Kashmir, Butler sought approval from local governments to create new medical facilities to provide more easily accessible care to women. Butler met Isabella Bird, who was also interested in medical missionary work. Bird provided the funding and Butler established the John Bishop Memorial Hospital in 1889. It is now located in Anantnag and actively treating patients and training nurses.

Fanny Jane Butler fell ill while working in Kashmir and died on October 26, 1889. Her legacy as an early leader in the medical field lives on through a scholarship in her name at the London School of Medicine for Women.