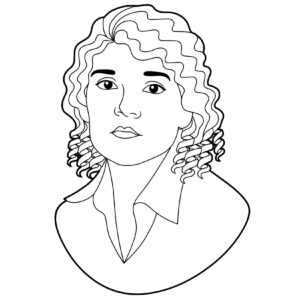 Aloha Wanderwell was a Canadian-American explorer, filmmaker, and lecturer. She is noted as the first woman to drive around the world from December 29, 1922, to January 1927. She started her career at age sixteen for a span of approximately thirty years. Her round-the-world journeys to over 80 countries and six continents gave her recognition as “the world’s most widely traveled girl.” She drove over 500,000 miles (800,000 km) in Ford vehicles, produced eleven travelogues, and presented live lectures during silent films all over the world.

Wanderwell was born, Idris Welsh, on October 13, 1906, in Manitoba, a Canadian province. Her stepfather joined the military during World War I, first in the Canadian Expeditionary Force and later as a lieutenant for the Durham Light Infantry. The family moved and Wanderwell attended boarding schools in Europe.

In 1922, Idris came across an advertisement reading “Brains, Beauty & Breeches – World Tour Offer For Lucky Young Woman…” for an expedition journey across the world with Walter “Cap” Wanderwell (born Valerian Johannes Pieczynski). She applied to join the expedition, which started in France. She became driver, mechanic, filmmaker, and translator. She took on the name “Aloha Wanderwell.”

While on the expedition, Wanderwell produced four travelogue films with the crew: With Car & Camera Around the World (1919-1929), The Last of the Bororos (1930-1931), Flight to the Stone Age Bororos (1930-31), and The River of Death (1934). She took an all-hands approach in the creation of the films as the actress, director, cinematographer, and editor as needed.

With Car & Camera Around the World documents Wanderwell, Walter, and their crew on a worldwide expedition between 1921 to 1929. They traveled to Hawaii, China, Egypt, France, Germany, India, Italy, Japan, the Netherlands, Palestine, Poland, Portugal, the Soviet Union, Spain, Sudan, Switzerland, Turkey, and Yemen.

Next, the crew sailed to South Africa exploring Cape Town to Cairo, Egypt. Wanderwell gave birth to her son, Nile, in 1927. They returned to the United States in 1929 and lived in Miami for a short time. Their 1929 expedition was in the Mato Grosso region of Brazil. They developed three travelogue films: The Last of the Bororos, Flight to the Stone Age Bororos, and The River of Death. The footage includes the earliest documentation of the Bororo indigenous people of Brazil.

In 1932, Wanderwell and Walter were in California preparing for their next expedition when Walter was shot and killed on their yacht the day before they were scheduled to leave. His murder remains a mystery.

Aloha Wanderwell passed away on June 3, 1996, in Newport Beach, California. Her legacy lives in the preserved artifacts, films, photos, and letters of her travels. They are distributed across US museums and archives. Wanderwell’s last public lecture was in the Los Angeles Natural History Museum.