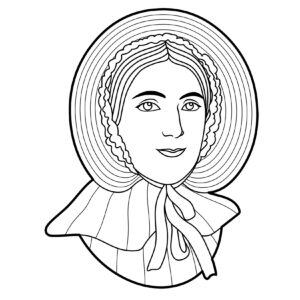 Mary Anning’s paleontological finds contributed to the understanding Earth’s history. In 1811, at the age of 10, she made her first big discovery. As a fossil collector, dealer, and paleontologist she became known for her finds at Lyme Regis where she grew-up. Anning’s discoveries became key pieces of evidence for extinction and her work with William Buckland established the study of coprolites, fossilized feces, that is used to understand ancient ecosystems.

Mary Anning was born on May 21, 1799, in Lyme Regis in Dorset, England. The coastal cliffs around Lyme Regis are part of a geological formation known as the Blue Lias. The Lyme Regis landscape had once been under water; the layers of limestone and shale were laid down 195 to 200 million years ago and is now home to a plethora of Jurassic era aquatic fossils. Lyme Regis had become a popular seaside resort around 1792, and the locals supplemented their income by selling their fossil discoveries to wealthy collectors and scientists.

Anning’s father often took her and her brother out looking for fossils to supplement the family’s income. In 1811, Anning’s brother, Joseph, uncovered a fossil he was unable to identify. The fossil was unlike any previous find, and was described by some as resembling a crocodile. Anning took charge of the project, and unearthed, what would come to be known as the first ichthyosaur fossil, when she was about ten years old. In the 1980s it was determined that the 17 ft (5.2 m) skeleton found by the Annings was also a member of Temnodontosaurus platyodon.

Anning taught herself geology and anatomy, allowing her to examine and classify her discoveries and take charge of the family’s small fossil business. Typically, once her fossils were acquired by paleontologists or collectors, she was cut out of the discovery process, however that was not always the case. Lt. Col. Thomas Birch, a retired military officer and amateur paleontologist, once auctioned off his personal collection to contribute to Anning’s income. Henry De La Beche, a childhood friend and a well-known geologist, painted Duria Antiquior, and sold prints for her benefit. Duria Antiquior was the first pictorial representation of a scene from prehistoric life that was mainly based on fossils that Anning had found.

Anning continued to make pivotal finds. The first dimorphodon fossils; the remains of a prehistoric flying lizard; as well as the plesiosaur were dug up by Anning. In 1826, at the age of 27, she opened Anning’s Fossil Depot. While many geologists and fossil collectors visited Anning, at that time in Britain women were not allowed to attend university or vote, and were generally viewed as outsiders to the scientific community. The Geological Society of London did not allow women to become members, or even attend meetings as guests. However, today, Anning’s contributions to paleontology are now seen as integral. Her discoveries are housed in the most prestigious private collections and institutions in the world, including the British Museum.

Mary Anning passed away on March 9, 1847, at age 47 from breast cancer. In 2010, 163 years after her death, the Royal Society included Anning on a list of the ten British women who have most influenced the history of science.