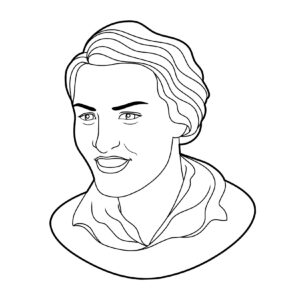 Beryl Smeeton was a renowned explorer known for her travels in mountaineering, sailing, farming, and wildlife conservation throughout her long career.  Among her many accomplishments, she journeyed around the Cape Horn and survived multiple accidents in the attempt and she founded the Cochrane Ecological Institute (CEI) which is dedicated to breeding endangered wildlife.

Born in 1905, Beryl Smeeton was raised in a family of British soldiers. She met her husband, Miles Smeeton, in 1938 who would be a lifelong exploration companion. Shortly after their marriage in 1939, Smeeton embarked on her first major act of exploration. Alongside her husband, she attempted to climb the 25,263 ft (7,700 m) Tirich Mir, in the Himalayas, with Tenzing Norgay, the famous mountaineer who ascended Mount Everest. Although unsuccessful in her summit of the mountain, she was recognized as one of the few women to climb to such elevation in recorded history and helped set a precedent for future female mountaineers.

After World War II, the couple settled down on a farm on Salt Spring Island, BC with their daughter Clio. This was a farm Beryl had bought during the war with aspirations of becoming an agriculturalist, which was a successful endeavor in peace time. With money accrued from successful farming, Beryl and her husband would go on to purchase a sailing vessel, the Tzu Hang, while briefly visiting England. It was here where the couple would take on the challenge of sailing home from the shores of Britain to British Columbia without prior experience, learning on the way.

A successful voyage home inspired Beryl to continue exploring the world on the small vessel, and in 1955 the couple sold the farm and sailed Tzu Hang to Australia. The journey would take them eastbound around Cape Horn, a voyage that at the time had rarely been accomplished in small boats due to the harsh conditions and extreme weather. The journey was perilous. During their approach to Cape Horn, the yacht was hit by a rogue wave and Beryl, who had been on the helm, was tossed from the boat and injured. Tzu Hang was severely damaged and partially submerged in the event, but they managed to sail the damaged vessel to Chile.

Undeterred, in 1957 the Smeeton’s would attempt Cape Horn once again, but they were met by similar conditions, more severe damage and another close call with death. Finally, in 1968, they conquered Cape Horn, by taking a west bound route. For their lifetime sailing achievements, the Smeeton’s were awarded the Blue Water Medal for 1973, by the Cruising Club of America, and received other awards from the Liga Maritima del Chile, and the Royal Cruising Club’s Medal for Seamanship. These were unprecedented awards for a female sailor, as the competition had always been overwhelmingly male.

Beryl authored two books on the adventures the couple had undertaken, “Winter Shoes in Springtime” and “The Stars My Blanket.”

In 1971 Beryl and her husband founded the Cochrane Ecological Institute (CEI), dedicated to breeding endangered wildlife in North America. Together they accomplished the first successful reintroduction of a North American extirpated carnivore back to its home range, the swift fox. Their daughter Clio continued to run the CEI after Beryl’s death in 1979 and Miles’ death in 1988, inspired by her parents to reintroduce several endangered species in North America including the trumpeter swan and wood bison.